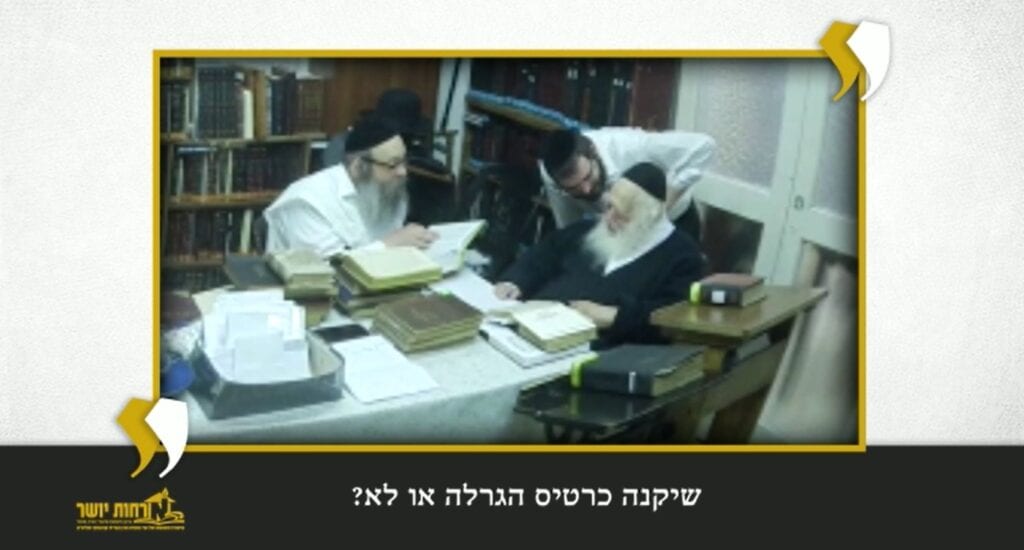 This week, in the attached video, you can watch and listen to the opinion of Maran Shlita regarding the purchase of raffle tickets and the like, and we will expand a little on the subject.

Quite a few times, over the years, Maran Shlita has been asked, in various and strange ways, about buying raffle tickets from those who want to get rich in an instant, and want Maran’s promise that they will win.

First of all, in general, there is of course no prohibition on using a raffle. The Torah already mentions raffles in several places such as the division of the land made according to a raffle, and also the two goats on Yom Kippur who were raffled off.

Maran Shlita himself, when there is a reasonable doubt or other difficulty in deciding, makes a raffle and acts upon the outcome of the raffle.

Regarding the purchase of lottery tickets and the like, he always thinks that although there is no prohibition in this, there is also no point in it… Also, Maran Shlita is accustomed to say that the buyer of such a ticket “places his money on a deer’s horn” (מניח כספו על קרן הצבי). Although he does not forbid it, as can be seen in this video, he does say that it is much better and more beneficial to Daven!