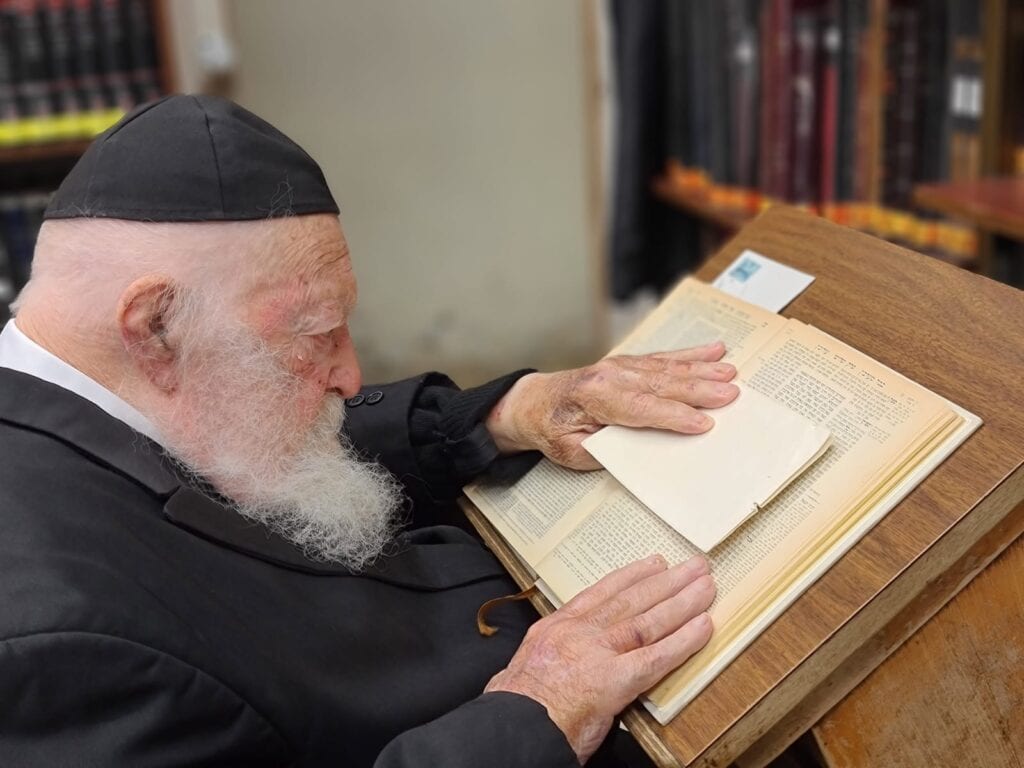 A week has passed since the whole world and the Jewish world in particular was shaken, and we are all still reeling in shock. An unimaginable number of dead, forty-five people from Klal Yisroel! Their lives ended prematurely in a tragic and terrible way, during the celebration in honor of the holy Tanna Rashbi.

In all parts of the ultra-Orthodox community, bereavement was felt, and there is almost no one who does not know one of the victims. In addition we were deeply touched by the stories of the countless survivors themselves, those who were there and survived, and those who were ‘almost’ there.

Of course, by Maran Shlita the disaster was profoundly felt during this past week. Many of the survivors went in to be blessed and receive encouragement, with many of the young people complaining about trauma that did not leave them from the moment of the disaster, insomnia and other difficulties. Maran Shlita was also asked about those who feared that during their escape they may have caused the accidental killing of their friends רח”ל. Maran Shlita assured each and every one of them that the disaster was not their fault, and blessed them to overcome their feelings of guilt.

In general, Maran Shlita said to the many questioners, that we do not have a נביא who can tell us why הקב”ה did this to our generation, but we must strengthen ourselves in Torah learning, and the women should strengthen themselves in modesty and prayer.

This week, an American Yungerman entered the room of Maran Shlita. He had come to Israel for a short visit, and of course did not give up on being in Meron on Lag B’Omer. And so he told Maran Shlita: While I was in Meron, going up the mountain towards the Kever of Rashbi, a Jew stopped me, took my hand and asked me for charity. That anonymous Jew repeated to me the story presented in the holy Zohar (פרשת בשלח) about the Tanna Rabbi Yitzchak who after giving charity to a poor man and reviving him, dreamt that because of this deed he was saved from drowning, etc. I gave him a sum of money, the Yungerman went on to tell Maran Shlita, and continued on my way. A very short while later I came to the place where the terrible disaster occurred, and miracle of miracles I was saved and stayed alive!

Another question was asked by Maran Shlita by a father of two sons who were in Meron on the night of Lag B’Omer, with one of them having laid among the wounded and dead, and miraculously surviving. The young man Bentched הגומל in a מנין, but his father wants to give a big Kiddush in Shul on Shabbos to thank and praise הקב”ה for his kindness. But the mother of this young man, who is worried about עין הרע prefers not to make a very big Kiddush. Maran Shlita replied that there is no עין הרע in this, and if you want, you may make the Kiddush in Shul, although there is no obligation to do so.

In a related incident, we received a phone call on Sunday to submit the name of a person to Maran Shlita for a Refuah Sheleima. That person, a תלמיד חכם, who serves as a Rov in one of the northern cities, had not heard at all about the terrible disaster until Sunday morning! When opening the newspaper and seeing the bold headline adorned with pictures of the forty-five dead, he learned of the disaster and fainted on the spot! As a result of the fall, he hit his head and was taken to the hospital. It turns out that the list of those injured in the disaster in Meron was not completed on that terrible night, and more names were added to it in later days …