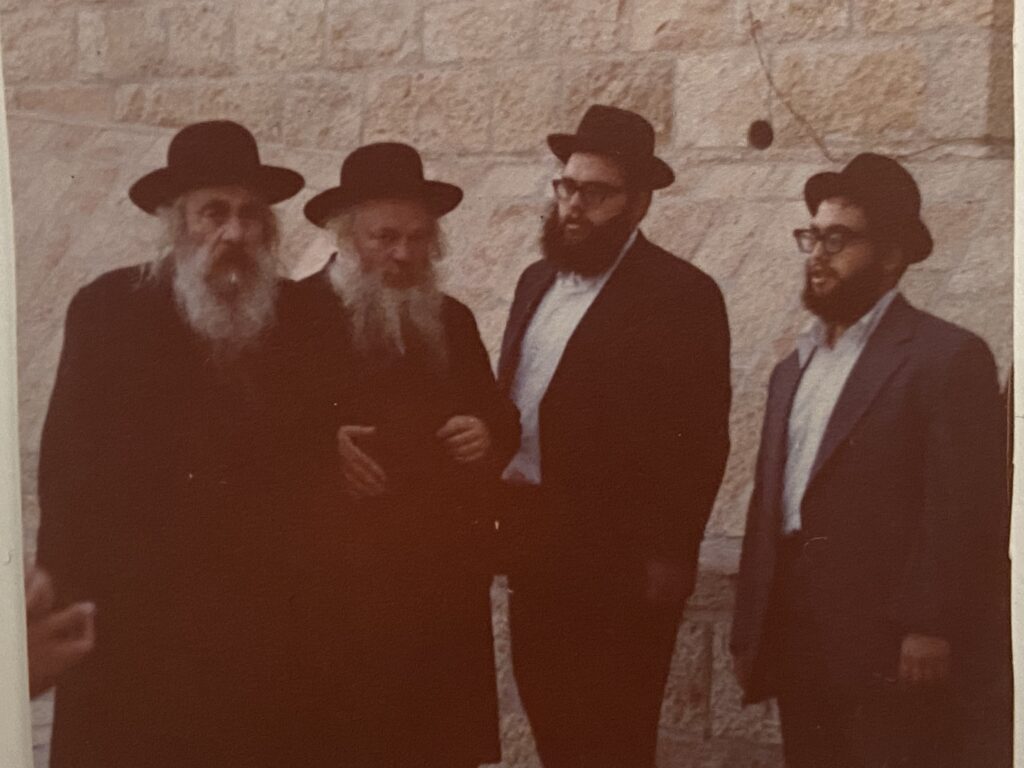 The Ramah writes (YD 265:11) that the Sandek is equated to the Kohain who offers the incense in the Temple, and it is a segulah for becoming wealthy.

[The picture above was taken at the Kosel after Rav Chaim zatal and his father, the Steipler Gaon zt”l, went to visit Rav Chaim Shmuelevitz zt”l, the Mirrer Rosh Yeshiva, after he took ill in late 1978. It is one of the few pictures of Rav Chaim zt”l with his father zt”l.]

In regard to point of the Ramah, of Sandekaus being an origin for wealth, he Vilna Gaon points out that we have not seen Sandekaus responsible for gaining wealth nor do we find a source for this.

In answer to the Vilna Gaon’s point, Rav Yaakov Kamenetsky zt”l in his Emes L’Yaakov explains that the reason why no one is becoming wealthy is because the intent is for the Sandek to be the Baal Bris as well, in other words picking up all the expenses of a Bris. This is no longer done, however.

Someone once asked The Steipler Gaon zt”l how it is that the Steipler had been a a Sandek at so many Bris Milahs and that he is, not exactly wealthy. He responded, “Who said that the wealth under discussion is a physical or monetary wealth? The seforim “Kehilos Yaakov” – this is the wealth, Rav Chaim zt”l explained that the reward was a spiritual wealth.

Rav Eliyahu Mann asked Rav Chaim, “I heard that the Steipler zt”l said that his wealth lay in having a son and sons-in-law Gedolei Torah.”

Rav Chaim zt”l responded that he had not heard this at all.

based on Kol Mishaalosecha, p. 386