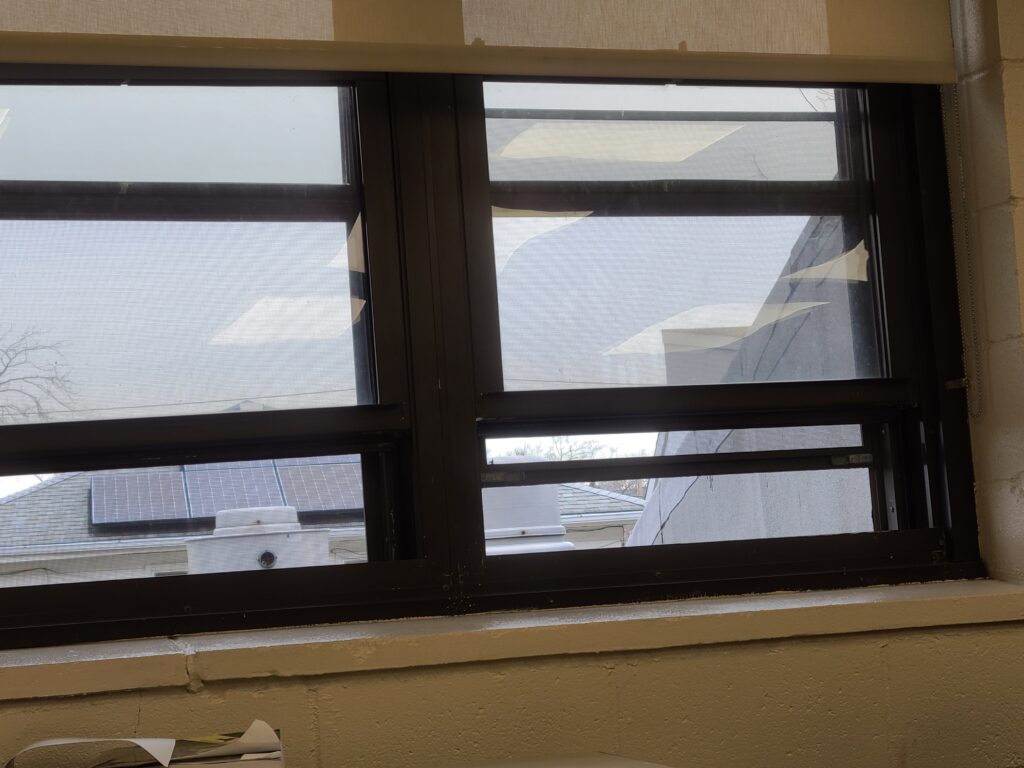 When the weather gets cold, there are often disputes as to whether to keep the window open or closed. And often, halacha gets quoted. What follows is the view of Rav Chaim zatzal.

The verse in Parshas VaEschanan (Dvarim 6:18) states, “V’asisa hayashar vehatov and you shall do that which is straight and good” teaches us that we must take into account the opposing view whenever we embark upon something. The Bais Yoseph in Choshain Mishpat 103 uses this verse in this manner as normative halacha. It is a Torah Mitzvah to approach things fairly.

Regarding shutting or opening the windows, Rav Yisroel Salanter ruled that during winter, if someone wishes that the windows be shut – his opinion has preference.  During summer, on the other hand, if someone wishes that the windows be open – then his opinion must be followed.  In both cases this ruling applies – even if the vast majority of the others disagree.  Rav Salanter cited a proof to this ruling from the Mishna in Pe’ah 4:1.  The Mitzvah of Pe’ah, of course, is leaving a corner of one’s field for the poor – in which to glean.

THE TEXT OF THE MISHNA IN PE’AH

“The Peah, corner of the field is given [to the poor] while [the plants and trees are still] connected to the ground. It is given from vines and palm trees, and the property owner goes down and collects and distributes them for the poor [because it may be dangerous for the poor people to climb]. Rabbi Shimon says: It is also given for smooth nut trees. Even if ninety-nine [of the poor people] say to distribute and one says to leave it for the poor to take for themselves when they can, we listen to him because he spoke true halacha.”

THE HALACHA WHEN DEVIATING FROM THE NORM

We see from here that, regarding deviating from the expected norm, the one poor person can force the other ninety nine to take the Peah for themselves and not have the owner do it for them.

Rav Chaim Kanievsky zatzal in his Sefer on Mishnayos Pe’ah entitled, “Shaarei Emunah” disagrees with Rav Yisroel Salanter and holds that the view of the majority must still be followed. He brings a proof from the conclusion of the Chofetz Chaim himself in his Mishna Brurah in 53:53.

The halacha under discussion deals with when one person does not wish for another to become a Shliach Tzibbur.  The Agur and the Maharik (Shoresh 44) citing Rabbi Simcha both state that even one individual can prevent another from becoming a Shliach Tzibbur [if he had good reason according to the Ramah and if he had not previously agreed to it].  The Shulchan Aruch codifies this view in OC 53:19.

However, the Mishna Brurah cites the view of the Acharonim that the law of the Shulchan Aruch was specifically in those days!  Nowadays, however, due to the abundance of our sins, there are numerous people who are argumentative and confrontational. That being the reality, no one would agree on anything if we were to listen to the minority or individual views!  Therefore, the Mishna Brurah concludes, everything must be done by sticking to the desire of the majority.

Rav Shmuel HaLevi Vosner (1914-2015) zt”l in his Shaivet HaLevi Vol. IX #298 also rules that the will of the majority must be followed in these cases.

Sefer Mishp’tei HaTorah Vol. I #89 concurs with this view as well. Indeed, he even goes so far as to state that since cold weather is damaging in the winter to others – the others are considered like an istenis – one who is particularly sensitive and simply cannot act any differently.  He states that whomsoever is with the public during these times is there with this in mind.  He must, therefore, acquiesce to the desires of the majority.  The bases this on the view of the Shulchan Aruch and Rama in CM 155:39.

WHAT ABOUT IF PART OF THE ROOM IS COLDER THAN THE OTHERS?

Clearly, when a section of the office, room or shul is air-conditioned and the worker who is too cold has another option – then it is obvious that other worker cannot force those who want it cooler to raise the temperature.  (See Shaivet haLevi Vol. IX #298).

So do we follow Rav Chaim Kanievsky’s proof from the Chofetz Chaim or do we go with Rav Yisroel Salanter’s original proof?  Most of our institutions pretty much follow the rulings of the Mishna Brurah.  One must, however, seek the guidance of the mossad’s Posaik or the local Morah D’Asra.  Let’s keep in mind, that while there may be halachic parameters as to whose view gets precedence, we must realize that there is another Torah Mitzvah in compromising.  Taking this approach in life, especially during a time of pandemic, will ensure that shalom will reign in our midst.