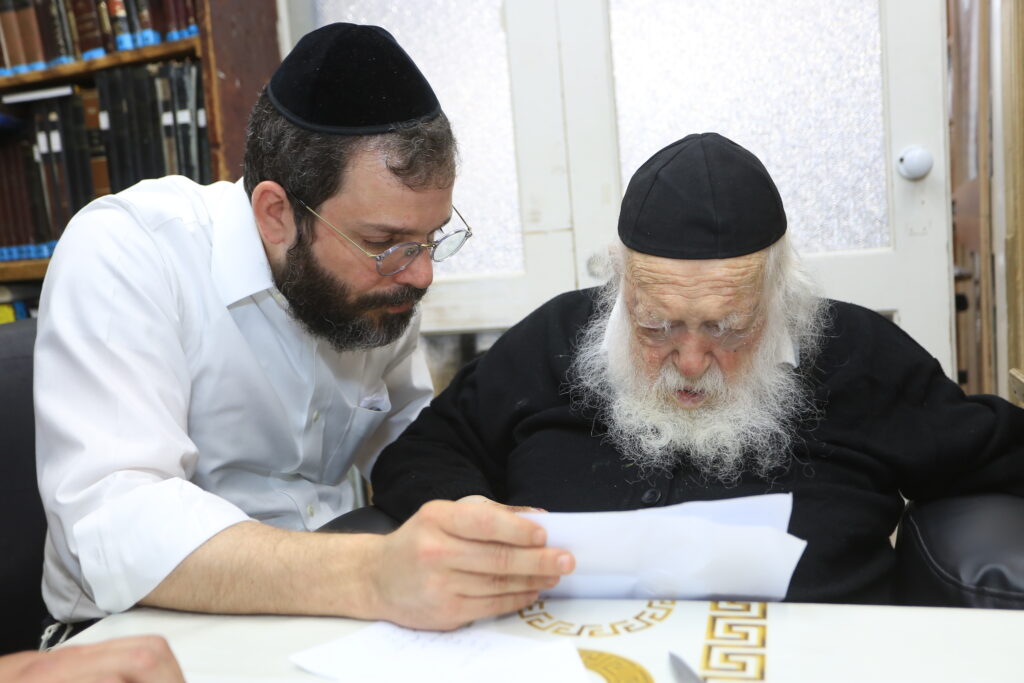 The Yeshiva had a strict policy: NO CELL PHONES PERMITTED!

Yet they knew that there were violators of the policy. But now, they had taken things up a notch. One bochur knew who had the cell phone in question and the Yeshiva was now threatening him that he better tell. That person, would be thrown out of the Yeshiva. May the bochur tell?

This question was posed to Moreinu Rav Chaim Kanievsky zatzal and appears on page 394 of Kol Misha’alosecha. Before we get to his response, however, a brief overview of some of the other sources is in order.

The Chofetz Chaim in his Be’er Mayim Chaim 31 writes that a Beis Din may ask of people questions that would appear to be lashon hara in order for a beis din to get to the truth – to show that an action may have been properly done.  But does this also apply to a school or is it just limited to a Beis Din?

Rav Chaim Yehuda Kohain, a Moreh Horaah of the Eida HaChareidis in Kol HaTorah vol 54 Nissan 5763 – does extend it to a school as well.  He rules that a school or a Rebbe is permitted to ask questions that will elicit answers to find out who did something.  They should, of course, explain that it is for a benefit and therefore not to be considered lashon HaRah.

On November 14th, 1966, Rav Moshe wrote a letter, (Igros Moshe YD II #103), as a response to an inquiry from a Mechanech at the Eitz Chaim School in Toronto, Canada, Rabbi Yisroel Yitzchok Cohen.  A second letter (printed in one of the newer Igros Moshe – YD IV #30) written on June 12th, 1981 to Rabbi Meir Monk, further clarified his position.

He writes in the first responsum:

And in the matter of whether a teacher may ask of the students if they know who did this negative thing that they should inform him – this is an ugly thing to do.  For it causes them to take lashon harah lightly.  And even if the comparison to that which Hashem said to Yehoshua (Sanhedrin 43), “And am I a talebearer to you?” is not comparable.  For there, it will become known through the Gorel and the punishment will be fulfilled.  Whereas here, it is possible that it will not become known.  Therefore, if the purpose of it was for the intent of Tochacha for the right purpose, i.e. through this they will be punished and improve themselves, it would possibly have been permitted.  We find something similar in Eirachin (16b), where Rabbi Yochanan Ben Nuri says, ‘Many times did Rabbi Akiva get punished on account of me before Rabbi Gamliel Barebbe.’ This was Tochacha lishma – with the correct intentions, and it was necessary that Rabbi Gamliel be made aware of it.  This is also certainly true regarding the case of Rav Huna and Chiya Bar Rav who told Shmuel on him.  It was necessary for Shmuel to know of it.  This, however, is only applicable when he awakens upon himself to tell the Rebbe of his own accord in order for him to correct him.  It does not apply when the Rebbe commands it upon his students to tell him if they know of a deplorable matter – even if the students are Gedolei Olam – the greatest of people.  Regarding us (in modern times), it is not possible at all to consider it Lishma – with proper motives – even regarding adults and certainly it is possible regarding children.

Rav Feinstein further states that it is wrong to punish children with Bitul Torah.  This is because the damage done through removing them from Torah is clear and present.  Whereas, the benefit gained from the suspension is questionable.

Both Rav Moshe Shternbuch, author of the Teshuvos v’Hanhagos (Vol. I # 839) and Rav Shmuel Vosner zt”l, author of the Shaivet HaLevi (Volume X #162), on the other hand, seem to disagree (or reinterpret) Rav Feinstein’s position.  Rav Shternbuch explains that when the seriousness of Lashon haRah is explained then there is no prohibition in the Rebbe asking.

It should also be noted that in Sefer Chofetz Chaim (10:17 footnote 43) there is indication that a melamed does have a freer hand when his intention is to correct.

In recent years, the problem has been somewhat mitigated due to the advent of video cameras.  Now, a menahel could find out what he needs to know to ensure the prevention of spiritual corruption of the tudents through watching the video footage.  Yet, nonetheless, the issue has not been eliminated and the question still arises quite often.

There are two other factors as well.  The first factor is that as a general rule, children do not feel comfortable being placed in such a position and can develop a longer-term resentment toward the Torah authorities for placing them in such a position.  The second factor is that at times the child will think it is wrong and a violation of Torah values.  Forcing a child to go against his family values is not good chinuch per se.   This is why many Poskim and parents try to follow Rav Moshe’s psak.

“It is an avlah (terrible thing) that a bochur should have a pelephone, but the person does not have to say and he is not obligated to say – even if the bochur possessing the cell phone is doing an avlah.” Rav Chaim Kanievsky further related an incident that happened in a seminary where one young lady wished to copy off another in an exam.  The second one allowed it, but the young lady who  was copying was caught and it was quite a serious matter.  Rav Chaim wrote the seminary dean that the one who allowed the other to copy should not be punished.  Notwithstanding that the first chose to do an avlah – the second was merely assisting her.  The dean, however, should do as he sees fit.